Explore the farthest ends of the earth on the world's largest and most spacious luxury expedition Yacht!

Cruises on board the Crystal Endeavor

After successfully establishing itself as a world-leader in the realm of luxury ocean and river cruising, Crystal Cruises has announced its venture into expedition cruising with the launch of its first expedition yacht, the Crystal Endeavor. Built to navigate narrow passageways and ice-encrusted waters, she’ll set sail in 2020 to far-flung destinations in Asia and Russia before heading south to Antarctica for the southern hemisphere summer.

The sister ship to Crystal Esprit, Crystal Endeavor has one major difference: she is polar class certified, meaning she’ll be able to travel to the very ends of the Earth during the Arctic and Antarctic summers. But unlike other expedition vessels, she’s designed like a luxury mega yacht, built to transport discerning passengers to the world’s most exciting destinations in unparalleled luxury. A timeless, refined design, Michelin-starred menus, a 1:1 staff-to-guest ratio, and Crystal’s signature six-star service all contribute to the luxury environment onboard. 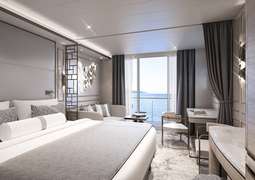 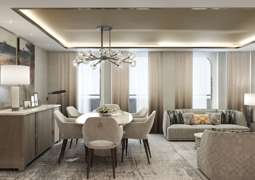