Go island hopping in the Eastern Mediterranean with the Celestyal Olympia!

Cruises on board the Celestyal Olympia

Cruising the tranquil waters of the Aegean Sea and the Eastern Mediterranean, the Celestyal Olympia embraces the very best of Greek culture. Aimed at a families, this ship differs from others in that it doesn't sail long distances between ports, giving you more time to explore the Greek islands under your own steam or take part in interesting guided shore excursions. Celestyal Olympia also offers the chance to see two ports in a day with a short cruise between. Which other ship will let you explore both Heraklion and Santorini on the same day?

You will find all the facilities on Celestyal Olympia which you would expect from a large ship such as a choice of restaurants, shops, activities and evening entertainment, all with a distinctly Greek flavor. Choose between days spent lounging on deck under the hot Mediterranean sun, or being more active with the kids in the pool or even being pampered in the spa. The relaxed Greek take on cruising gives you the ultimate freedom to have things your way. 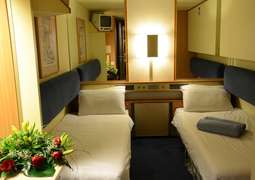 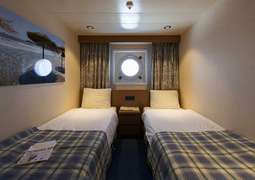 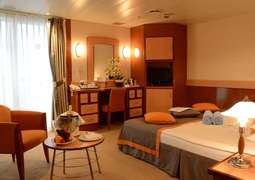