Home
Cruise Lines & Ships
The Most Anticipated Cruise Ships of 2019

Cruisers have a lot to look forward to this year. More than a dozen new ships are hitting the seas, bringing with them innovations in comfort, entertainment, and environmental sustainability. Some ships are catering to industry trends, such as the growth of the Chinese cruise market and the quest to build a more eco-friendly ships. Others are creating their own trends, expanding the limits of what’s possible in the realms of luxury and expedition cruising. Whatever their offering, these are the ships we’re most looking forward to in 2019.

Read on to learn more about the best new cruise ships of 2019.

The recently-launched Viking Jupiter has joined its sister ships from Viking Ocean Cruises in bringing passengers on unique itineraries to incredible destinations all over the world. With a small passenger count, airy Scandinavian design, and onboard atmosphere of quiet luxury, she looks just like her sister ships – but that’s where the resemblance ends. Beneath the surface, she’s one of the most environmentally-friendly ships at sea. Top deck solar panels, energy-efficient hybrid engines, and a unique, pollution-minimizing exhaust system all play a role in reducing this ship’s carbon footprint.

Viking Jupiter will spend the summer cruising around Europe before chasing the sun to South America.

Celebrity Cruises is known for its ultra-chic ocean cruises, but did you know it has a fleet of expedition vessels as well? Celebrity Flora will join her sister ships, the Celebrity Xpedition, Celebrity Xploration, and Celebrity Xperience, in delivering unique and luxurious cruise experiences to the Galapagos Islands. Located off the coast of Ecuador, the Galapagos are quite possible the most beautiful and biodiverse islands on Earth. Just 100 lucky passengers at a time will be able to experience the magic that these islands have to offer from onboard the Celebrity Flora. With spacious and fully-automated suites, lavish dining options crafted by Michelin-starred chefs, and an endless itinerary of snorkeling, diving, and Zodiac rides, the Celebrity Flora is raising the bar at the intersection of luxury and expedition cruises.

The highly-anticipated Norwegian Encore will make her debut in November 2019, where she’ll begin sailing out of Miami for 7-day itineraries in the Eastern Caribbean. The fourth and final of Norwegian’s Breakaway-class vessels, this larger-than-life ship will feature more activities, hotter entertainment, and more freedom of choice than ever before. The Encore will feature augmented-reality laser tag, a Broadway-caliber production of the hit musical “Kinky Boots,” and an expanded, top-deck go-kart track at sea.

Princess Cruises knows better than anyone: Never try to improve something that’s already perfect. That’s why their latest ship, the Sky Princess, features tried-and-true features popular among the cruise line’s loyal passenger base. Princess fans will be delighted to see the European-style central Piazza, Movies Under the Stars, dining by Curtis Stone, and an expanded adults-only retreat. Debuting on this ship is the Take Five jazz bar, where guests can enjoy the sounds of smooth jazz while sipping drinks and chatting with other passengers, as well as an aft-facing infinity pool to enjoy a quick dip. Sky Princess will kick off her initial season in the Mediterranean before repositioning to the Caribbean in early 2020.

And the most anticipated new ship of 2019 is… the Carnival Panorama! A Vista-class vessel by Carnival Cruise Line, the Carnival Panorama is the ultimate family fun ship. Boasting a pedal-powered SkyRide, a gravity-defying Trampoline Park, and twin mega-sized waterslides, this is a ship where the action never stops. This ship is also the first to feature the Havana Bar & Pool an exclusive, members-only area where guests can lounge around in hammocks while sipping Cuba-themed cocktails. The ship will sail the Mexican Riviera, departing from Los Angeles to hit up Cabo San Lucas, Mazatlan, and Puerto Vallarta along the way.

These five may be Dreamlines’ top picks for the most anticipated cruise ships of 2019, but they’re far from the only ships launching this year. Several more ships from the luxury and expedition segments will hit the seas in 2019, as well as ships from European cruise lines such as MSC and Costa Cruises.

The recently-launched MSC Bellissima joins her sister ship, MSC Meraviglia, in being one of the most popular ships to sail the Mediterranean. An MSC exclusive, on both the Meraviglia and the Bellissima, you can see a real Cirque du Soleil show onboard. The custom-built Carousel Lounge sets the stage for some of the most incredible acrobatics you’ll see at sea, complemented by stunning LED and laser-assisted visuals and an incredible wrap-around sound system.The ship’s theater isn’t the only place you’ll find high-end technology onboard. The MSC Bellissima features the world’s first-ever voice-activated digital cruise assistant, Zoe, which can be found in every stateroom.

Built by Costa Cruises, Europe’s most popular budget cruise line, the Costa Venezia will bring a taste of the Mediterranean to the Far East. She’ll sail around China, Singapore, and Japan, delivering authentic Italian experiences to her mostly-Chinese passengers. With delicious Italian pizza, Venetian Carnival-themed parties, and a real IMAX cinema onboard, this is one cruise experience you won’t want to miss.

Spectrum of the Seas

The latest from Royal Caribbean, Spectrum of the Seas is your key to a Far East adventure. Built with Chinese cruise passengers in mind, she recently set off towards her home port of Shanghai, from which she’ll sail to China, Japan, and East Asia. The first Quantum Ultra-class ship, Spectrum of the Seas features energy-efficient technology, an exclusive VIP area onboard, and top-notch entertainment and activities. Families in particular will look forward to the two-story private playground the Ultimate Family Suite, first seen on Symphony of the Seas. Quantum-class standards such as the North Star, an elevated glass-walled pod that grants guests 360-degree views from high above the sea, also makes a reprise on this ship.

Move over, Celebrity Flora: there’s a new luxury-expedition ship in town, and it’s unlike anything you’ve ever seen before. An expert luxury river cruising, Scenic is delving into the realm of expedition cruising with the launch of Scenic Eclipse, the so-called “World’s First Discovery Yacht.” Not confined to one destination of the world, the Scenic Eclipse will travel to the ends of the Earth and everywhere between, spending a particularly long time exploring the poles. With not one but two helicopters, a fleet of Zodiacs, kayaks, e-bikes, and even a submarine, the Scenic Eclipse provides more opportunities for exploring remote destinations than ever before. This almost-unreal level of luxury is sure to please even the pickiest of passengers.

The MSC Grandiosa will be the first Meraviglia Plus-class vessel, making her slightly larger than her sisters the MSC Bellissima and MSC Meraviglia. Due to launch in October, she’ll feature an expanded central promenade complete with LED ceiling, the exclusive MSC Yacht Club VIP area, and an expanded Balinese spa, she’ll feature more freedom of choice than ever before. And of course, not to be outdone by her sisters, she’ll feature her own dueling duo of Cirque du Soleil shows at sea.

Last but not least, the newest flagship of Costa Cruises will also hit the seas in 2019. Named for Sardinia’s Emerald Coast, the ship strives to offer the finest in Italian hospitality, entertainment, and cuisine. She’ll sail the Mediterranean Sea year-round, bringing authentic southern European experiences to passengers from all over the world. What’s more, she’s also an especially ship: the Costa Smeralda is one of the first major cruise ships to be powered entirely by liquefied natural gas (LNG) for an emissions-free sailing experience. 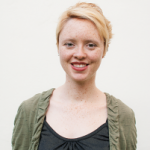